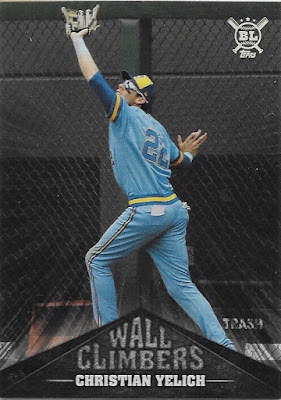 It seems like Thursday is becoming my regular posting day. I hadn’t really intended it to be that way but with work being incredibly busy right now, it’s the one night of the week where I don’t have much going on.

So, might as well use my time to write about baseball cards, right?

Anyway, I received a bunch of cards in a PWE from Dimebox Nick after I claimed a card or two on one of his last “Free Card Fridays”.

I don’t remember which ones I chose but I think the Christian Yelich card shown above was one of them. With Nick being the kind card sharing soul that he is, he also stuffed the PWE with as much as stuff as humanly possible. 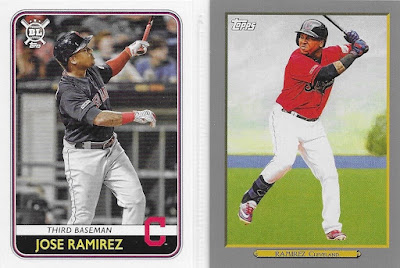 A couple of Jose Ramirez cards. The Big League card was my first in-person look at that product this year as this arrived before my massive Card Barrel order I wrote about last week. 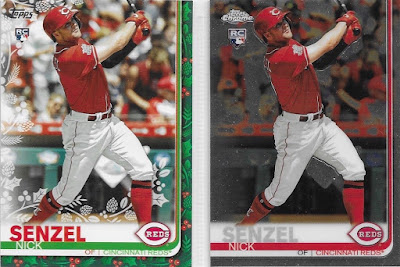 No, you’re not seeing double. Yes, it’s kinda the same card but different. The left one is the holiday variation and the other one is Topps Chrome. I’m not too big on those Holiday variants but I have a really good idea for that card for when the Christmas tree goes up later this year. 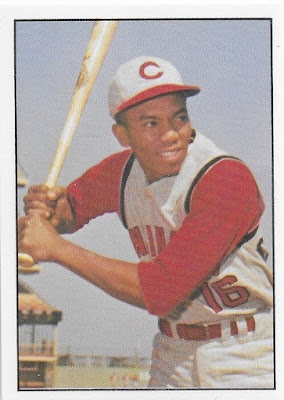 Now, here’s where things get really interesting. First, we’ve got this 1978 TCMA of Reds shortstop Leo Cardenas. Funny story is that I only know Leo Cardenas from getting his autograph on an index card at the local mall when I was a kid. I had no clue who he was at the time but he was sitting at a table in the middle of the mall signing autographs for free. I don’t remember if it was part of a card show or what, but I just remember him sitting at a table by the fountain signing autographs. 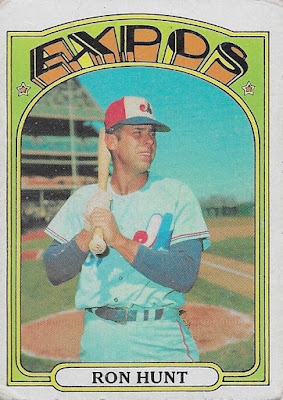 I love me some vintage cards, it’s even better if it’s vintage Expos. I don’t know much about Ron Hunt honestly but after looking him up on Baseball Reference, it turns out he led all of Major League Baseball in HBP (that’s hit by pitch) for six straight seasons! Between 1968 and 1973, he was hit by 176 pitches with 50 of those coming in 1971. Oh, he was also a two-time All Star and finished second in ROY balloting in 1963 behind some guy you may have heard of named Pete Rose. 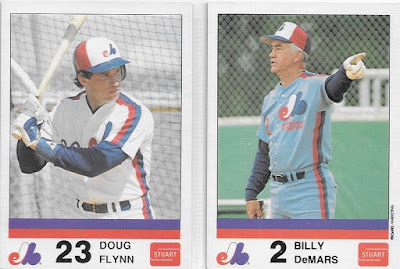 Sticking with the Expos theme, here’s some interesting oddball cards. I’m not familiar with the “Stuart” brand but a quick glance on TCDB tells me that Stuart is some kind of bakery. I’m guessing these are team issue or issued by the Stuart Company itself. I’m not sure but these are really, really neat. The Doug Flynn card really stands out to me because of the white Expos uniforms. 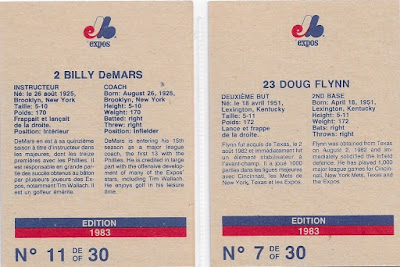 Here’s the backs if you’re curious. Pretty plain and simple, nothing exciting really. Just the basic vital stats and a quick blurb about each persons career. 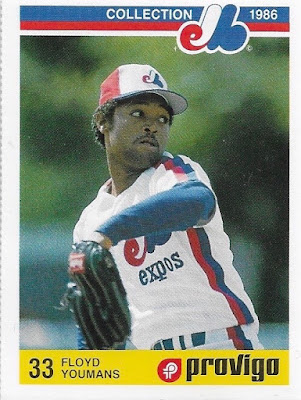 Here’s another oddball from a company named Provigo of Floyd Youmans who only spent five years in the majors, all with the Expos. Fun fact ... Floyd Youmans led the National League in walks in 1986 with 118. Yes, 118 walks in 219 innings. 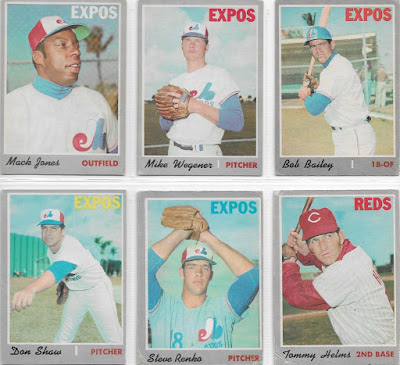 Finally, we come to this batch of 1970 cards. While these may look like any other mild-mannered 1970 cards, they’re not. They’re actually 1970 O-Pee-Chee cards ... and Expos nonetheless (well, except for Tommy Helms). It’s really such a treat when I can add really cool cards like this to my collection. 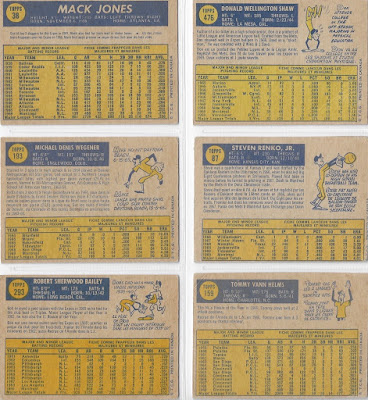 And the backs, both English and French. But I’m showing these mainly for the cartoons because, honestly, who doesn’t love cartoons.

That wraps up a super stuffed PWE from Nick. Big thanks to him for sending these cards my way. I really appreciate it.

It seems like Thursday is becoming my regular posting day. I hadn’t really intended it to be that way but with work being incredibly busy...

Adam
Hi! I’m Adam! I’m a baseball fan and card collector. I also enjoy pro wrestling, everything Halloween related, writing and blogging, and Svengoolie! Also a husband and dad of 3.